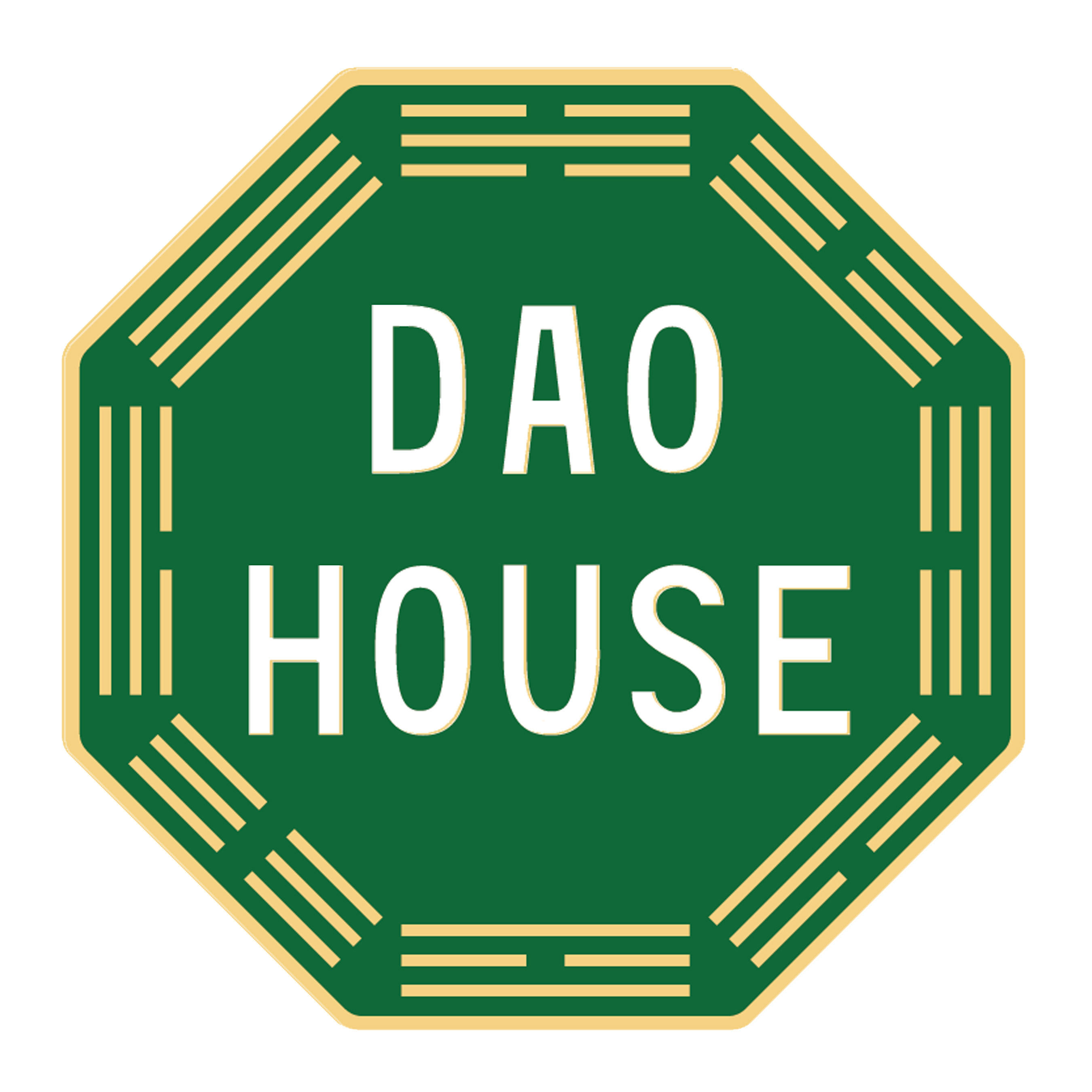 We give you the space to refresh the mind, recharge the body and rejuvenate the spirit

Dao is the way, the principle, the truth, which represents the quality of humanity.  Dao House opens the door to those who bring an intention of compassion with them to celebrate and enjoy life.  We welcome those from all over the world with different cultures, belief systems, views and educational backgrounds to enjoy the natural peace, healing beauty and joy within the House property.

Dao is the way to “return to simplicity and live your true nature”, which is something we are all striving to achieve.  At Dao House, we offer organic food in a majestic mountain setting and promote natural movements like tai chi, qi gong and Dao yin, which in essence bring you into your body making you cognizant of your movement, posture and overall well-being.  We offer you to retreat into peace with meditation and find balance through our wellness amenities from oxygen to herbal foot soaks, or ride into nature on a horse.

Dao House Retreat & Wellness Lodge sits in the beautiful Tahosa Valley 7.5 miles south of Estes Park, Colorado. This valley was considered the “Valley of Peace” to the Natives, who would come and lay down their arms to counsel several hundred years ago, or lead vision quests up the peaks.  This space of peace and healing continues today as a classic, rustic, rural mountain property situated on over 81 acres of private land at the altitude of 9,200 feet.  We have 34 lodge rooms in the main building, 5 private rooms in our Hostel and a family cabin, which allow flexibility in your lodging needs.  Our Lodge sits cradled on Twin Sisters Peak facing the majestic view of Longs Peak (14,250ft) – the last 14’er along the northern divide.

The peace of mind and feeling of tranquility that our location allows is unparalleled.  We invite you to join us for a personal retreat, group or corporate event, or a spectacular wedding in our back-property with panoramic breath-taking views.  Should you like to join an event we are hosting or already in place, please visit our Events Page for reoccurring and one-time special events!

Thank you for considering us for your mountain get-away!  Before you commit, there are a few things to know beforehand:

- You will most likely see wildlife such as Elk, Deer, Moose, Bobcat, Wolf and Bear as they roam the property freely; therefore, we do not allow animals or pets of any kind
- The true beauty of our property is that you do not need to leave to commune with nature, hike, bike or simply decompress from the everyday responsibilities.
- We are Where East Meets West.  In 1948 this property began as Aspen Lodge, a “Dude Ranch” and the original barn, paddocks and some of the trails still remain, so there is some of the charming western décor.  After the mudslide in 2013, the opportunity presented itself to revamp to our Asian influenced Wellness Retreat Center, Dao House.  With house practitioners trained in the Wu Dang Internal Arts, you’ll notice the fusion of eastern décor to reflect our passion.
- The nearest retail stores are located approximately 15 to 20 minutes in either direction in Estes Park or Allenspark.  We try to keep a few necessities around; in case you forget something important.
- The temperature can swing more than 20 degrees a day. The sun can be quite warm, and at night it can be chilly. It rarely gets above the mid 70’s during the hottest part of the day during the peak of summer, and the nights are always cool enough to sleep comfortably.  None of our rooms or cabins feature Air Conditioning.  If you find your accommodations are stuffy, let us know.  We will be happy to help you with the windows and fans.
- Our mountain setting with stunning scenery puts as at the mercy of one internet provider and an area lacking in cellular service.  Our land lines are available for you to use for phone calls.  There is no guest WiFi.
- The driveway leading up to the main lodge, parking areas and paths around property are gravel and dirt, so during inclement weather we suggest AWD or 4WD as a safety precaution.  During the height of season in the pristine summer months any vehicle can access our property.  Parking is free, yet unassigned, so we do ask that you are conscious of not blocking in driveways, thoroughfares or other guests.  Please note that there are no motor vehicles allowed on our back property trails.  These trails are for our horses, hikers, mountain bikers, cross-country skiers, snowshoers and Dao House Vehicles only.
- We have delicious Mountain spring water flowing from our taps so don’t hesitate to fill up your water bottles as it is perfectly drinkable and hydration at this elevation is key to your health and enjoyment.
- Our radiant heat typically keeps up with the mountain wind, however; if you find your accommodations are chilly, let us know and we will bring you a heater or an extra blanket.
- We have a small but personable staff committed to making your stay as enjoyable as possible. It is our pleasure to help with any reasonable request. We enjoy meeting our guests and sharing with them our beautiful views and unique experience.

Dao House, formerly Aspen Lodge established in 1948, dates back to one of the first settlers in the Tahosa Valley, Elkanah Lamb, who was a minister. In 1875 Lamb cut the first road known as Lamb’s Hill, which stretched to Tahosa Valley from Estes Park.  The road enabled Lamb to move his household goods by wagon to his homestead site of 160 acres near the present Wind River Ranch. The Lambs sold their property to Bessie Henderson Gay from Chicago around 1902.  Ms. Gay developed the Wind River Ranch, and in 1936 deeded part of the property to a good friend, Harry Walden.  The deeded property is the present day site of Dao House.

Harry Walden married the cook from the Long’s Peak Inn and built their home, now known as the Executive Haus in 1915. This is the oldest building on the property and is located next to the restaurant.  They operated a fox farm and trapped beavers, spreading cages around the few outbuildings, cabins and property.  In 1933, the Tea House cabin was built and used as a pelt room to store the furs from the animals the Waldens trapped.

The Waldens sold their land to David and Bernice Lennox in 1945, who in turn sold it to John and Stella LaCoke in 1949. The original Aspen Lodge was built during this time where the current restaurant is today.  During the late 1950’s and early 1960’s most of the cabins and current suites were erected, and the Lodge began to operate as a guest ranch. On January 31, 1964 the lodge burned to the ground, yet was rebuilt and opened by June of that year.

In September 1984, ground was broken to build the current lodge, which at the time would be the largest log structure in Colorado: a 37,000 square foot conference center, which opened in June 1985. The expansion also included the tennis courts and sports center.   There have been several partnerships and owners between the original construction of the lodge and today, some of which were various financial institutions.

In 2012, Master Yun Xiang Tseng (Chen) purchased Aspen Lodge, continuing the traditions of the West, yet introducing and teaching the ancient wisdoms of the East.  During the floods of September 2013, the Lodge was devastated by a thousand-year event and consequently closed for 9 months; officially re-opening on July 13, 2014.  This new launch was the perfect opportunity to bring forth the new direction of lodge, where Dao House emerged as the bridge between the East and West.

The created space within the House holds that anyone regardless of their race, religion, belief, or perspective can come together and unite through the same need; to live a healthy, happy and harmonious life.  This land that Dao House sits on is sacred, healing land, and has been for thousands of years.  We are continuing in the ancient traditions by returning to simplicity and invite you to do the same.  By hosting retreats from around the world of all types, our own events and festivals, and various wellness activities there is ample opportunity to experience this amazing land to find your true nature.